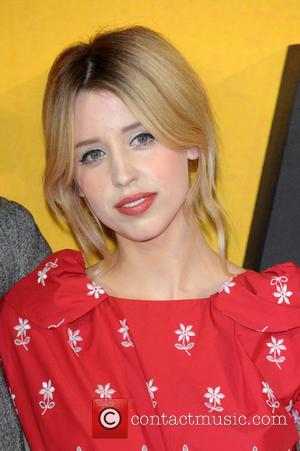 Geldof's father, Bob Geldof, and other family members have been staying for the past couple of days at his country home, Davington Priory, which is close to the church.

At this current time it is thought that the ceremony will occur between 11am and 1pm, but there is now word on if it will be a burial or cremation, according to Daily Mail.

The 25 year-old mother of two was found dead at her country home in Wrotham, Kent and police responded to a call of "concern for the welfare of a woman."

"At this stage, the death is being treated as unexplained and sudden," said a statement from Kent authorities.

A post mortem examination into the death of Peaches has proved to be ''inconclusive," and a results from toxicology report will not be ready for weeks.

In only her second contribution to the mag, which was written in the lead up to her 25th birthday on March 13th, the daughter of rocker Bob Geldof, claims to have the "perfect life."

MORE: Peaches Geldof was being lined up for Australia's Next Top Model

The column has been published posthumously "as a tribute to Peaches Geldof and with the blessing of her family," on Tuesday (April 8th). Peaches at the Brit Awards on February 19th