Peaches Geldof Names Baby Astala: What Does It Mean? 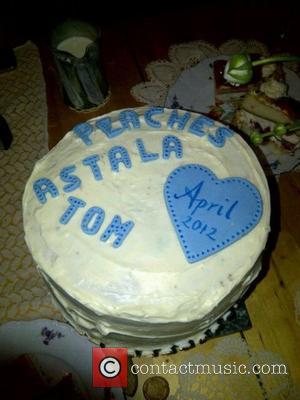 Peaches Geldof and her fiance Thomas Cohen have welcomed their first child together. Peaches gave birth to their son Astala last week, later telling Twitter followers over the weekend, "Yes, its true- I'M A Mummy!!!!".

Peaches, the daughter of Bob Geldof and the late Paula Yates, later went into more detail about her new arrival, saying, "My little boy is the most beautiful thing in this world. When he holds tomfromscum's (Cohen) finger with his hand it's the sweetest thing ever". Peaches' publicist Max Dundas later said, "Peaches and Thomas are delighted to announce the birth of their son Astala. Both were overjoyed at his arrival this week", according to the UK's Daily Telegraph. Cohen - the lead singer with band S.C.U.M - took to his own Twitter page to gush over his son, saying, "I'm a dad he is the most perfect thing ever so proud of his beautiful mum peaches_g and overcome with joy".'Astala' is certainly an uncommon baby-name but could relate to the Nordic names Aste and Asta. Perhaps the couple named their child after Sampsa Astala, the drummer with Finnish metal band Lordi.

The couple's forthcoming wedding will be the second for Peaches, who tied the knot with the Chester French rocker Max Drummey in August 2008. The pair announced their split around six months later, though neither filed for divorce for over two years.