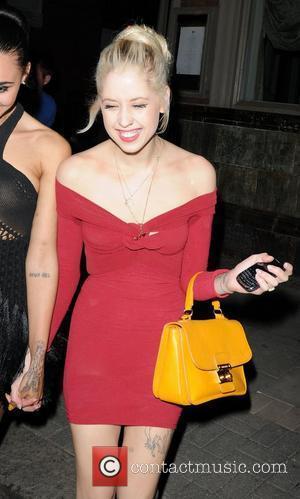 British socialite Peaches Geldof is reportedly planning to convert to Judaism to wed her rocker boyfriend Thomas Cohen.
Bob Geldof's daughter began dating the S.C.U.M. singer in January (11) following her split from actor/director Eli Roth after eight months of dating.
Within months, the couple cemented its relationship by moving in together, and now Geldof is reportedly set to convert to Judaism to move one step closer to walking down the aisle with her beau.
A source tells Britain's People newspaper, "Peaches has a fondness for all things Jewish and in particular Jewish men... She is learning Hebrew and is ready to change her life for Thomas because she thinks he is the one."