Peaches Geldof will not have her newborn son circumcised, despite having converted to Judaism last year for fiance Thomas Cohen. 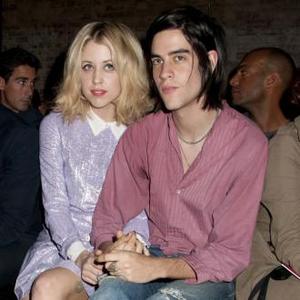 Peaches Geldof will not have her newborn son circumcised.

The 23-year-old daughter of Bob Geldof - who gave birth to Astala Dylan Willow on Saturday (21.04.12) - converted to Judaism for fiancÃ© Thomas Cohen last year, although both have decided against having the little one undergo the traditional procedure.

Thomas, who fronts band S.C.U.M, said: ''Even though we're both Jewish, our baby won't have a Jewish circumcision.''

And another thing their first-born won't be having is a nanny as the love-birds are determined to do everything themselves.

Thomas told the Daily Star newspaper: ''We definitely won't have a nanny. We have already made that decision.

''It'll be just us and our families looking after our baby.

''We've discussed how we're going to bring him up, but that's something I can't really talk about.''

Meanwhile, the proud father - who will marry Peaches in a full Jewish ceremony next year - says he has been swotting up on ways to make his boy smile.

He added: ''I've been reading baby books and watched a film the other night with tips on how to make sure he'll be happy. My favourite thing for the nursery is a wigwam to put outside.