Peaches Geldof believes her late mother Paula Yates guided her throughout her pregnancy with son Astala. 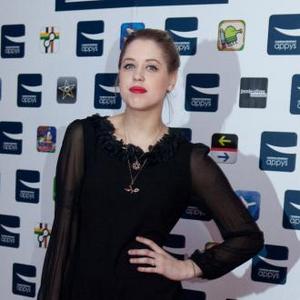 Peaches Geldof believes having a child has brought her closer to her late mother.

The 23-year-old socialite was due to give birth to baby Astala on April 24 - the same birthday as her late mother Paula Yates, who died in September 2000 of an accidental heroin overdose - and, although he was born six days prematurely, she felt the date was ''a little wink'' from her mother.

She said: ''I've felt mum's presence all the way through my pregnancy and that has been really comforting. Becoming a mum has made me feel closer to her than I have ever felt, but it's also made me miss her more than ever.

''It has been upsetting for me that she hasn't been around to guide me and advise me and share in it all. She would have been such a cool grandma.''

Peaches - who has three sisters, Fifi, 29, Pixie, 21, and Tiger, 15 - is also following in her mother's footsteps in the way she is weaning her newborn, and is amazed by the Bond they have established already.

The blonde star - who is engaged to musician Tom Cohen - added: ''He sleeps in bed with me and Tom, just as I and my sisters did with mum and dad in our early infancy. And I feed him myself on demand, like mum did with us. The bond I have with Astala when I'm breastfeeding is something which is so incredibly special. The realisation that I am his source of life, that my body is producing what is keeping him alive is amazing.''