Husband-and-wife duo, Aaron Coyes and Indra Dunis, have been looking to do to music what Marie and Pierre Curie did to chemistry and physics since their initial band Rahdunes folded in the early 2000s. With Lucifer, the duo has created their most enjoyable and also first really professional recorded album thus far. 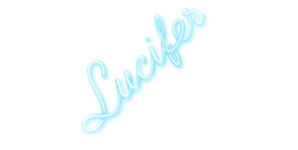 The album title really isn't as misleading as it first seems, with the liner notes on hand to tell you that it was actually meant as, 'bearer of light', as the Latin root for the word dictates. Bearing light is just what the duo does once more, as they refine their trademark lo-fi dub-cum-krautrock-cum-electro pop with studio precision. They even enlist the help of another vocalist in the shape of their new baby, Mikko, on the track 'Lo-Hi.'

Mikko is in fact a reoccurrence throughout the album, being that he serves as the subject of the rhapsodising 'Beautiful Son'; an almost lullaby-esque declaration of love for the pair's new-born child. Like with the highlights 'All the Sun that Shines' and 'Amazing and Wonderful' from the previous album 936, 'Beautiful Son' is a slow-burning, sweepingly epic avowal of love. Coyes' hazed-out, psychedelic guitar riffs sound as though he has recreated the most perfect soundtrack to watch the sun go down to whilst Indra's beautifully muted vocals could send anyone, child or otherwise, into a deeply peaceful sleep. The whole thing is effortlessly layered over a permeating background sample on loop, with further piano loops toward the end for added bliss. It sounds as though it is a capsule of time from the brighter, easier times of 1960s San Francisco, only with the modernity of laptop-studios put into place. Perhaps one of the few faults with the album is that this is the album's second track, giving the rest of the LP a lot to live up to.

The album is a very personal journey into the lives of two intimate and very much in love people as they discuss, as well as their new-born child, their seemingly blissful relationship ('Live Love') and the allegory between music and marriage ('Dream Beat'). As Dunis sings; 'Beats in the rhythm of the heart//my heart it beats for you' on 'Dream Beat', the sense of patriarchal matrimony enlightens the listeners as much as the tuneful noise-making of her husband in the background.

With the instrumental bookends of 'Moonrise' and 'Morning Star' within this album, Peaking Lights has encapsulated a day's worth of positive energy, high-on-life euphoria and other hippy-related whimsy. Clearly influenced by the birth of their child, the album hardly encapsulates the heavy-drum led momentum of 936 and instead floats around aimlessly in a sea of hazy bliss. Not necessarily a bad thing by all means, this is a truly impressive condensation of twinkling wooziness, but put it on during a party at your own risk! 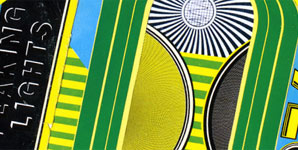