Review of Ten remixed and remastered Album by Pearl Jam 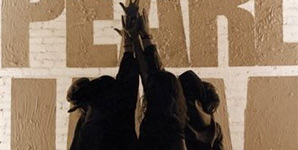 Even at the time there were always aspects of Pearl Jam that stood them clearly apart from the grunge movement. Kurt Cobain was of course famously less than impressed; choosing to conveniently ignore his own pursuit of the Geffen label to ensure that Nevermind would benefit from major distribution, he once spitefully described the Seattle quintet's sound as 'A corporate, alternative and cock-rock fusion'.

The apparent hostility was little wonder. Initially anyway, grunge's hard line was held by a stream of punker-than-though demagogues who tapped into generation X's self loathing (And denial) and transformed it into something recognisable. Compare Pearl Jam then to Tad, Screaming Trees, Mudhoney, or even Dinosaur Jr. And then understand that in reality Cobain's disillusionment was more with an industry which greedily devoured everything in a check shirt - and then put them down onto his pedestal.

Re-released after eighteen years - it was issued originally one month before Nevermind - Pearl Jam's debut is still as essential now as it was in the era of New Kids on The Block. Influenced mainly by reviled hippies such as Led Zeppelin and Neil Young instead of Black Flag, vocalist and songwriter Eddie Vedder joined former Mother Love Bone members Jeff Ament and Stone Gossard in trusting to the trad compositional dynamics of everything the grungers hated. That Vedder chose to counterpoint the epic musical backdrop and gilded virtuosity with stories of despair and abuse simply connected the spirit of the times with their more accessible sound.

Despite being initially eclipsed by Nevermind commercially, Ten would go on to outsell it across the Atlantic. This was due in part to Vedder's spectacular voice - a throaty howl acting like a lion tamer to Ament's mountainous guitars - and a wily, tilted for FM radio production sheen which the band have collectively disavowed since. Whatever the chicanery, the record's colossal spirit is undeniable and considering the fate of many of the scene protagonists around them, paradoxically life affirming. They may have opened the floodgates for the likes of the inferior Stone Temple Pilots, Creed and even Nickelback, but Cobain's populist sellouts - as history has proved - they were not.

In addition then to it's already highly familiar roster, Ten now boasts six extra tracks, of which Brother when recently released as a single in the US became an after-the-fact number one. None of the additions are intrinsically necessary, but they all serve to underline the abundant craft and quality of the band's material during the era. To add to the sense of event various footnotes, a live LP and a performance DVD are available in several wallet emptying formats. But all the window dressing serves just to obfuscate the record's immutable truths. Pearl Jam were outcasts at the very edge of the movement most people associate them with. And at Ten's core are five neo-classic hard rock songs ('Alive', 'Even Flow', 'Once', 'Jeremy', 'Black') which stand comparison to anything else the decade produced, whilst in Vedder we have the unwilling avatar for a generation which was robbed of it's idol. When Cobain's battle with the consequences of success was lost, Pearl Jam unwillingly filled the void.