Pearl Jam Will No Longer Perform Concerts During The Month Of October Because Singer Eddie Vedder Wants To Stay Home And Watch The Baseball World Series. 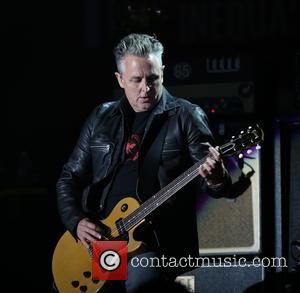 The rocker is a big fan of the Chicago Cubs, and he is devastated to be missing the prestigious sports tournament this month (Oct15) as his band has dates scheduled in South America.

Eddie has now declared he plans to impose a no-touring rule in future so he can be around to cheer on his side through the annual baseball championship.

"It's been a surprise (that the Cubs are doing so well)," Eddie tells Fox Sports Midwest. "We're touring and I have to leave before the World Series, we go down to South America. All I'm saying is that, the next few years, we're not going to play in October. This year I didn't think I'd have to worry about it!.."

He jokingly adds, "I hope we go to the World Series and I hope I miss the games. It'd be a good problem to have."

If the Cubs win the World Series, it will fulfil a prediction made in 1989 movie Back to the Future Part II.