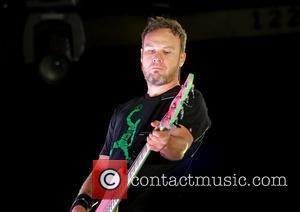 Sources tell Alternative Nation an arrest warrant for the rocker was issued in September (14) on charges involving controlled substances.

Abbruzzese, who performed with Pearl Jam in the early 1990s, reportedly faces two charges - possession of less than 28 grams of a controlled substance and manufacture or delivery of a substance.

Officials at Denton County Crime Stoppers claim there is a $1,000 (Gbp667) cash reward for information leading to his arrest.