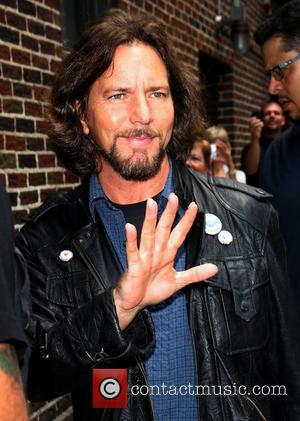 Their 10th studio album ‘Lighting Bolt’ reached the chart summit after selling 166,000 copies in its first week, according to Nielsen SoundScan.

The Seattle natives first reached the top spot in 1993 with their second studio album, ‘Vs’. They then repeated this success the following year with ‘Vitalogy’ (1994), then with ‘No Code’ in 1996 and their last No.1 album was 2009’s ‘Backspacer’.

According to Billboard, ‘Backspacer’ sold 189,000 copies in its first week and with their latest studio set only selling 166,000 copies, it marks the smallest amount of sales from any of Pearl Jam’s releases.

Drake’s ‘Nothing Was The Same’ is still maintaining a top ten position as comes in at No.4, selling 58,000 copies in its fourth week. North Carolina natives, The Avett Brothers, round off the top 5 with their 8th studio album ‘Magpie and the Dandelion’, selling nearly 58,000.

Album sales are struggling as a whole as of late, with 166,00o copies reaching No.1, it is clear sales are definitely dwindling. Hopefully huge acts like Eminem, Katy Perry and Lady Gaga can turn sales around as the holiday period is closing in.

The Billboard 200 chart measures both physical and digital album sales in the United States on a weekly basis. Eddie Vedder has been Pearl Jam's lead vocalist since thier formation McCartney's 'New' is his first new solo material since 2009