New Doctor Who companion Pearl Mackie had a 'mad' first day on the set of the science-fiction show. 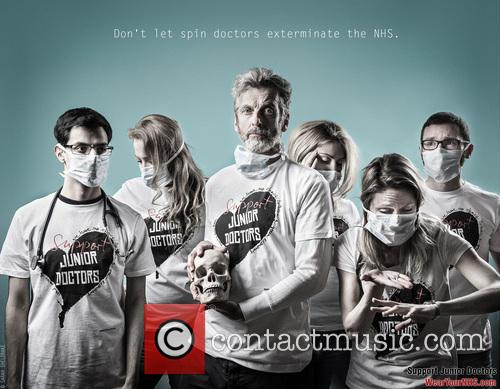 Pearl, 28, who will star as Bill alongside Peter Capaldi's Time Lord in the science-fiction show's forthcoming series, filmed preview scenes this month (Apr16), ahead of production getting fully underway in May (16).

The Londoner, who graduated from the Bristol Old Vic Theatre School, England, in 2010 replaces Jenna Coleman whose character Clara Oswald left the show in 2015.

Asked about her first day on the set of the cult science fiction series she tells the BBC, "It’s been amazing. It’s been absolutely mad, I don’t think I’ve taken it all in, but yeah, it’s been incredible. Maybe when I get home the reality will sink in and I’ll explode."

Pearl, who has been starring in an acclaimed stage production of The Curious Incident of the Dog in the Night Time in London's West End, says her first day in her new job involved a lot of "running", but is yet to film any confrontations with the program's famous alien monsters.

The actress' only screen roles until her casting were bit parts in 2013 movie Svengali and BBC soap Doctors, and she compliments her new colleagues for making her feel comfortable, adding, "Peter's lovely isn't he? Yeah everyone's been amazing actually."

Peter has also praised his co-star, saying, "It is a genuine delight to welcome Pearl Mackie to Doctor Who. A fine, fine actress with a wonderful zest and charm, she's a refreshing addition to the Tardis and will bring a universe of exciting new possibilities to The Doctor's adventures."

After its debut on U.K. TV screens in 1963, Doctor Who became one of the country's favourite family dramas. The series was cancelled by BBC bosses in 1989 but it triumphantly returned in 2005 and has proved to be one of the corporation's most popular shows for more than a decade.