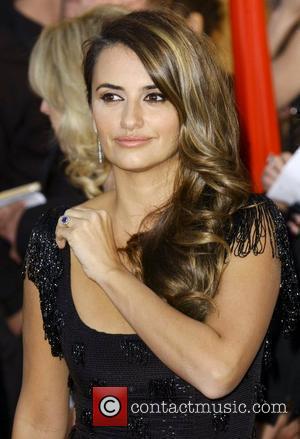 Hollywood couple Penelope Cruz and Javier Bardem are digging deep to help the victims of earthquake-ravaged Haiti - they've each promised to donate $50,000 (£31,250)-a-year until 2015 to rebuild the country's schools.
The Spanish stars joined British writer/director Paul Haggis at his Los Angeles home on Sunday (24Jan10) when he hosted a celebrity brunch for his charitable organisation Artists for Peace and Justice to raise funds for Haiti.
Cruz and Bardem were among 100 guests including Nicole Kidman, Charlize Theron, Maria Bello and Gerard Butler at the event, where they were treated to a performance by Sheryl Crow, reports People magazine.
The brunch raised $4.5 million (£2.8 million) for the Caribbean nation's relief effort - including Cruz and Bardem's personal promises to support the country as it works to rebuild its school system.
Haggis, who has been doing charity work in Haiti for years, founded Artists for Peace and Justice with a group of friends last year (09) to improve schools and hospitals and help provide locals with access to clean drinking water.
The actress' five-year pledge comes less than two weeks after the Nine beauty paid tribute to Haggis at the Golden Globe Awards, when she praised him for snubbing the red carpet to fly to Haiti and help relief workers.
She told E! News, "We are very lucky to be here, celebrating cinema... but it's impossible to think about anything else than the terrible disaster that is going on in Haiti.
"Our dear friend Paul Haggis... is on his way there now... I encourage people to look at the website, Artists for Peace & Justice, and to do whatever they can because everything counts, everything will make a difference to somebody else's life."