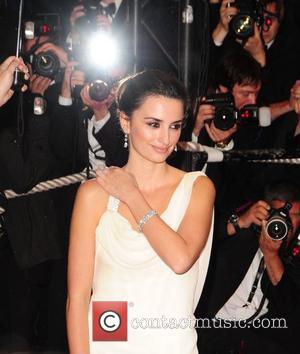 Penelope Cruz is keen to follow best pal Salma Hayek's example and start a family.
The Spanish star has considered adopting a child for many years and now she's planning to take the time to get serious.
The actress, who is dating fellow Spaniard Javier Bardem, tells W magazine, "It's something I've thought about a lot... I feel like I still have a lot of time."
And, before she becomes a mum, Cruz hopes to follow former boyfriend Matthew MCConaughey's lead and start backpacking around the world.
The 34 year old says, "I've never done that. I've travelled to so many countries for work, and I realise when I leave that I haven't seen anything."