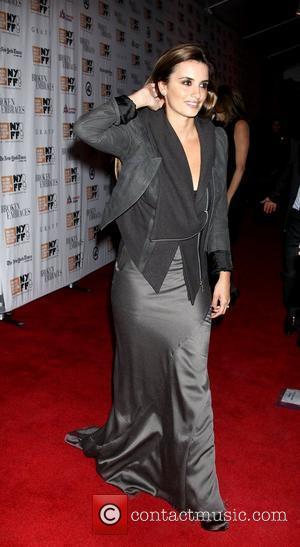 Penelope Cruz has praised "patient" actor Daniel Day-Lewis for tolerating his cast of sexy co-stars on movie musical NINE - because the A-list actresses spent hours a day gossiping on set.
Cruz appears alongside a stellar line-up of femme fatales, including Marion Cotillard, Nicole Kidman, Kate Hudson, Dame Judi Dench, Sophia Loren and Black Eyed Peas star Fergie, in the upcoming film, and she insists the women must have driven the actor insane with their non-stop chatter.
She says, "You have to be a very patient actor because there was no silence (on the set). All of the women, we were talking non-stop. There was always something to talk about (and) we were always together."