Penelope Cruz has beaten Claudia Schiffer and Kristin Scott Thomas to be named the world's most beautiful woman, in a list compiled by fashion expert Sally Allen. 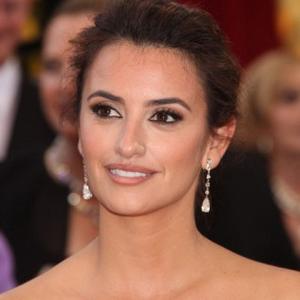 Penelope Cruz has been named the world's most beautiful woman.

She said: "Our top ten women are often the subject of spontaneous and unexpected press exposure yet always manage, somehow, to look great. Sometimes they are caught without their make-up, on bad hair days, or in less than flattering poses, but their natural beauty always seems to shine through.

"There is no question in my mind that Penelope Cruz is a worthy winner. She was an undoubtedly pretty girl when she started her acting career at 16 but, 20 years later, she has matured into a particularly beautiful woman and a fine actress."

The youngest entrant was 34-year-old Charlize Theron and Sally believes the reason older females were included is because they get better with age.

She said: "As someone once said, the difference between pretty and beautiful is that pretty is temporal, whereas beautiful is eternal."

The list was compiled for clothing firm Wizard Jeans, with spokesman Anthony Edwards saying: "Women like Beyonce Knowles and Cheryl Cole are sexy and pretty but real beauty is something that comes from within and usually requires maturity. The days when women were considered past it at 40 are long gone."

Top ten of the world's most beautiful women: