Penelope Cruz will follow her husband's lead and star in a new Bond movie. 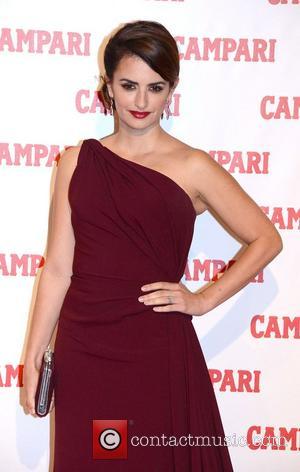 Penelope Cruz has been cast as the next Bond girl and is set to appear in the next installment, which will most likely be directed again by Sam Mendes, after 2012's Skyfall success.

With planned filming next summer (2014), Cruz will become the oldest ever Bond girl at 40, a year older than Goldfinger's Honor Blackman who was 39 when she played Pussy Galore in one of the most memorable Bond girl performances alongside Sean Connery

Madrid-born star Cruz, who still resides in Spain with her husband Bardem who she married in 2010, will become latest focus of 007's attention after she soon gives birth to sibling to 2 year-old, Leo.

A source close to the film's production explained the choice: "The producers have tried to get Penelope before, but she has never been available because of other commitments. The discussions have been going on for some time and they are working out the contract details now."

It seems that the Bardem/Cruz household is forging a close bond (sorry) with the long-running series of spy action blockbusters after Bardem most recently played Skyfall's complex villain, Raoul Silva, to glowing critical reception.

Bond, having been played by British actor Daniel Craig, 45, since 2005 for three films with two more planned.

Writing for The Guardian, Ben Child speculates that the decision to cast Cruz - recipient of Best Supporting Actress for 2008's Vicky Cristina Barcelona - is a result of the "ageing-up" of the franchise due to Daniel Craig's advancing years.

According to Yahoo! Movies, director Mendes has said he's currently in talks to direct the next two Bond movies, after which Daniel Craig will retire from the role. Javier Bardem's [L] Wife Penelope Cruz Has Reportedly Signed Up For The New Bond Movie, Likely To Be Directed By Sam Mendes [R]