Penelope Gets Personal With Prince 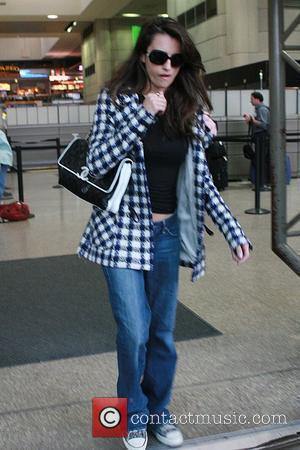 LATEST: Penelope Cruz received a special treat when she checked out Prince's intimate Hollywood Roosevelt Hotel concert on Saturday (23Jun07) - the pop star performed one song just for her. When Prince spotted the Spanish actress in a booth near the Blossom Room stage, he joined her and her party and played a new song sitting right next to her. Guests also claim Prince agreed to perform an encore of Nothing Compares 2 U at the Volver star's request. One bystander says, "Penelope was in heaven. She sang along, eyes closed." Cruz wasn't the only celebrity who checked out the Prince show - the first of a summer residency at the Roosevelt; Sean 'Diddy' Combs, Hilary Swank, rap couple Nas and Kelis and actor Topher Grace were spotted among the crowd.