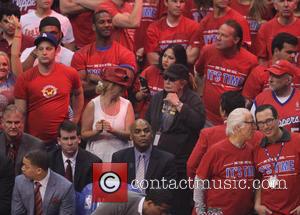 Veteran actress/director Penny Marshall is publicly appealing to the president of a Detroit, Michigan school to halt cruel heart experiments on dogs after learning a pooch named in honour of her character on Tv sitcom Laverne & Shirley was subjected to the traumatic treatment.

The A League of Their Own moviemaker has written an open letter to Dr. Roy Wilson, President of Wayne State University, to express her horror after learning the school's animal experimentation allegedly includes cutting the chests of dogs open and forcing them to run on treadmills as part of scientists' heart disease research.

In the note, Marshall recalls filming an episode of the hit 1970s show, in which the title characters handcuffed themselves to a furry friend in an effort to save it from being euthanised at a dog pound. The pet's life was spared.

She continues, "Tragically, a dog given my character's name - as well as many others like her - met the opposite fate in horrific heart failure experiments at Wayne State University. I am writing to urge you to immediately end these cruel, unnecessary experiments and instead focus on human-relevant research. Two decades of these experiments - which have not translated into benefits for Americans suffering from heart disease - is quite enough...

"Before they were killed at Wayne State, dogs named Laverne, Shirley and Squiggy (show neighbour) endured invasive surgeries and suffered a great deal of trauma and pain. Please see that Wayne State no longer subjects dogs like them to such cruel experiments and instead focuses on improving human health."

The letter, circulated by officials at the Physicians Committee for Responsible Medicine non-profit organisation, is due to be mailed to Dr. Wilson on Wednesday (27Aug14), the same day many kids in the U.S. return to school after summer.