Newly-single Perrie Edwards broke down in tears while performing on stage with her Little Mix bandmates in New York City following her recent split from fiancé Zayn Malik. 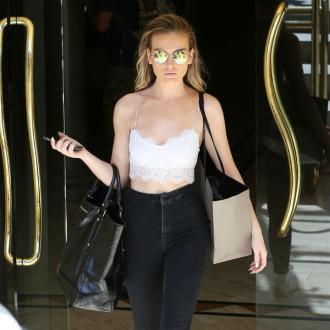 The Little Mix singer, who was dumped by fiancé Zayn Malik last month after four years together, started crying after singing their track 'The End' during the band's 4th anniversary global live stream fan event.

The blonde beauty, 22, was immediately comforted by her bandmates, who gave her a brief group hug before Jesy Nelson admitted: ''It's been a long day.''

Many of the 'Black Magic' hitmaker's fans, who posted video footage of the incident on Instagram, also offered words of support from the crowd, shouting: ''We love you Perrie.''

The blonde beauty previously insisted she was having ''an absolute blast'' in the US since splitting from the former One Direction singer.

Asked about life following their break up, she recently said: ''Do you know what? I'm good. I'm having an absolute blast in America, things are going so well, and I just wake up every day and I thank my lucky stars I have these three girls.''

The former couple have already put their north London home on the market for £4.2 million, just two months after they moved into the property.

But a source close to Perrie previously admitted she is reeling from their sudden split, saying: ''This was the house where Perrie expected to marry Zayn and act as his wife for the rest of their lives. It was their dream home.

''It's understandable that Perrie feels confused and led on. He must have already been having doubts about the relationship.

''This was a very serious, major financial purchase. She thought Zayn was committing to their long-term future.''