Perrie Edwards Thanks Bandmates For Helping Her Through Zayn Malik Split

Perrie Edwards Has Praised Her Little Mix Bandmates For Helping Her Cope With Her Split From Fiance Zayn Malik. 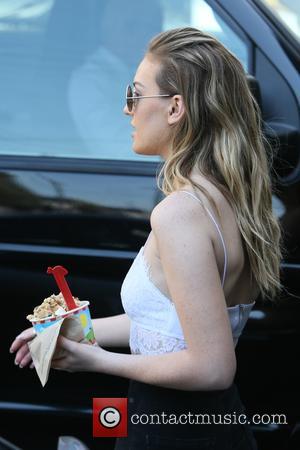 The former One Direction singer called off their engagement earlier this month (Aug15) while Edwards was touring the U.S. with her bandmates to promote their new music.

Edwards has now credited Jesy Nelson, Jade Thirlwall and Leigh-Anne Pinnock for helping her through the heartbreak during a chat with TV host James Corden on America's The Late Late Show ahead of their performance on Monday night (17Aug15).

Corden gave her a hug and asked how she is doing, and a smiling Edwards replied, "You know what I'm good... We're having an absolute blast in America. Things are going so well and I just wake up every day and I thank my lucky stars I have these three girls."

He then asked if the girls have helped her through the tough time and she replied, "One hundred per cent".

Malik and Edwards became engaged in 2013.