Neil Tennant and CHRIS LOWE AKA Pet Shop Boys have marked their return with 12th album 'Electric' which is flirting with the top of the UK charts.

After its release on 12th July, Pet Shop Boys' new album Electric climbed the charts due to rave reviews and fan excitement. Since their formation in 1981, the Boys have earned notoriety with their weird stage appearances involving robot and animal masks as well as entertaining with spectacular light shows to accompany their distinctive electropop with hits such as 'West End Girls' being performed at the London 2012 Olympic closing ceremony. If Electric gets to No.1, it will be the first time Pet Shop Boys have conquered the UK charts since 1993 with their Very LP. The album is the first not to be produced by record label Parlophone, having entered into a new management agreement with Kobalt Label Services in a move that the band described as "exciting." Tracks for Electric were recorded with producer Stuart Price, with the band's aim to make a clear "dance record" in response to the reflective mood of 11th album Elysium. The New Record Is Dancier Than Other Recent Work.

Speaking to The Telegraph, Neil Tennant said "'Electric' is very much set on the dance floor. Our latest album often evolves as a response to our previous album and, whereas 'Elysium' had a reflective mood, 'Electric' is pretty banging! And working with Stuart Price on a studio album is something we have wanted to do for a very long time". It will be announced on Sunday (21st July) whether Pet Shop Boys have dethroned Jay-Z or whether Robin Thicke will surpass sales to shoot to No.1. Pet Shop Boys have an upcoming tour planned where'll they play dates across Asia and America throughout August, September and October. Electric is out now. 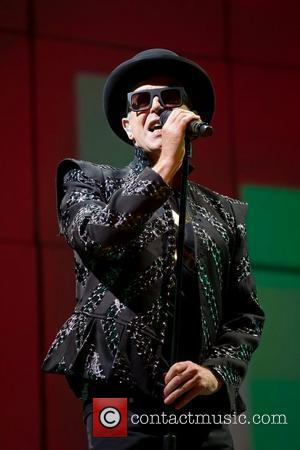