Pete Doherty and Amy Winehouse wrote a song about their mice

Pete Doherty and Amy Winehouse wrote a song about their pet mice although it has since been lost on an old mobile phone. 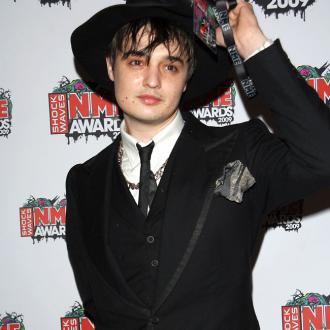 Pete Doherty and Amy Winehouse wrote a song about their pet mice.

The Libertines' rocker has revealed the pair of pals wrote several tracks together, including one about their furry friends, although it may never emerge as the audio got lost on an old mobile phone and now he only has some old footage of them jamming together, on which the late singer plays the drums.

He said: ''We worked on some little tunes and there was a good one called 'Three Blind Mice'.''

The 36-year-old rocker - who will take his drugs counsellor on the road with him this year to stop him relapsing following an extended stay in rehab at the end of 2014 - continued to say it wasn't easy making music with Amy, who passed away in 2011, as she was always insisting Pete's songs weren't good enough.

He told the Daily Mirror newspaper: ''But she was hyper-critical of my songwriting.''

Back in 2008, Pete and Amy were blasted by animal rights campaigners over the treatment of their mice after they posted a video online showing them playing with the one-day-old creatures with dirty fingernails.

After the clip, titled 'Winemouse', emerged, a worker for the National Animal Welfare Trust said: ''You don't disturb any baby creature, whether it's puppies or kittens or mice - you leave them with the mum.

''And you should definitely scrub your hands - just as you would with a new-born baby.''