Soccer Fan Pete Doherty's Leeds Festival Appearance On Friday Night (28aug15) Was Made Extra Special After He Learned He And His The Libertines Bandmates Were Sharing A Hotel With His Favourite Team. 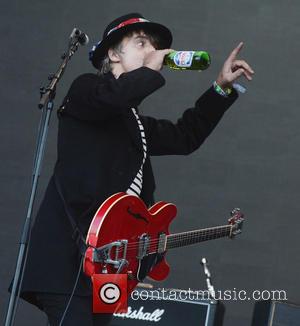 The rocker hit the stage for the band's headlining spot on the first night of the weekend festival and told fans he couldn't believe his luck.

He said, "It turns out that we're staying in the same Leeds hotel as the QPR (Queens Park Rangers) squad. They're playing Huddersfield tomorrow. Any Huddersfield fans here?"

He then joked, "There are probably more of them on the moon", before dedicating Time For Heroes to QPR legends Stan Bowles and Charlie Austin.