The Libertines Had To Delay A Gig In Scotland On Sunday (06sep15) When Frontman Pete Doherty Reportedly Drove To The Wrong Place. 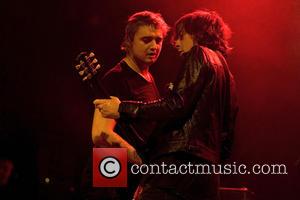 Doherty was on time for the show at the Academy, but somehow he arrived at the wrong one, and found himself outside the Glasgow Academy School, instead of the O2 Academy across the city.

As a result, he and his band arrived onstage 40 minutes late.

A source tells WENN, "Security said the band were late because Pete was driving and set the satellite navigation for Glasgow Academy, which is a school in Glasgow, and they turned up there, not the gig venue."