Rock Veteran Pete Townshend Has Ruled Out Ever Taking Part In An Mtv Unplugged Session With The Who. 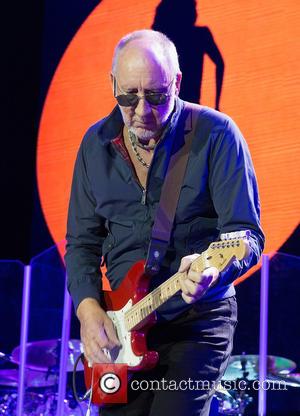 Picture: Pete Townshend - Shots of Legendary British rock band The Who as they performed live on stage during 'The Who Hits 50 Tour' which was...

Dozens of big-name pop stars and bands have appeared on the iconic, stripped-down acoustic series since its launch in 1989, including the Eagles, Bob Dylan, Neil Young, Sir Paul McCartney, Eric Clapton, Adele, Nirvana, and Bon Jovi.

However, guitarist Townshend is adamant he and his fellow surviving bandmate Roger Daltrey will not be joining the list.

When asked if The Who would ever consider playing an acoustic show, Townshend tells Uncut magazine, "Oh, f**king God forbid! Roger often sidles up to me and says, 'I think (The Who album) Tommy would be so great done acoustic.' I reply, 'So what you're saying, Rog, is that you want me to sit for an hour and a half and accompany you on my acoustic guitar? For an hour and a half, while you noodle around on vocals? There's a quick 'F**k off!' to that idea.'

"An unplugged show? I'll save it for the charity gigs or the occasional solo shows."