Black-eyed Wentz Is Fall Down Boy 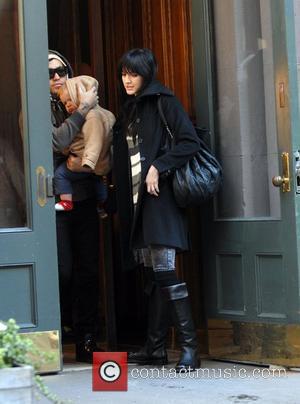 Picture: Pete Wentz and Ashlee Simpson leaving their apartment to take their son to the dentist. It appears that Pete has a blackeye. New York City,...

A representative for Pete Wentz has explained the reason behind the star's black eye - he tripped while walking through New York City.
The Fall Out Boy bassist appeared to have suffered over his Christmas (25Dec09) holiday after he was photographed with bruising to his face while doing post-Yuletide shopping in Manhattan.
But the injury occurred when he took a tumble in the Big Apple.
A spokesperson for the star insists the injury isn't as bad as it looks, joking that it was "the mean streets of New York that got to him".
Wentz is currently staying in New York while his wife Ashlee Simpson-Wentz stars as Roxie Hart in the Broadway production of Chicago.