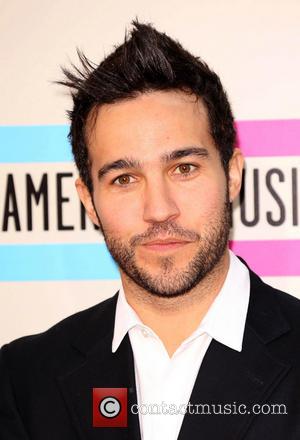 "We're super excited to announce we're expecting a baby!" the bassist wrote, along with a snap of himself and Camper sharing a kiss while cuddling up to each other.

The pair began dating almost three years ago and Wentz recently admitted that they have talked about tying the knot in the not too distant future.

While appearing on The Wendy Williams Show, the host asked, "Do you plan on getting married again?"

The heavily tattooed rocker replied, "I think so, we talk about it a lot, I feel really lucky. It's really interesting to be in a relationship with someone who's truly my best friend. I talk to her about everything."

This will be the first child of Meagan's. A source close to the couple told People magazine, "They've been planning on this for a while. And they're really excited for Bronx to have a new little buddy."

Adding, "Meagan is a big sister and has a great relationship with Bronx. She's naturally maternal so this is perfect."

Just three days ago, the future first-time mother posted a photo of herself and Pete both wearing matching sunglasses with the caption, "My favorite boob of all time @petewentz I'll love you forever."