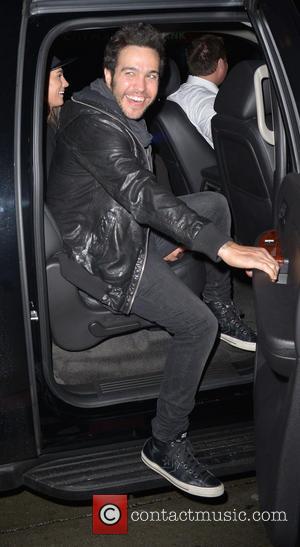 Pete Wentz feels more protective of his fans since becoming a father and often worries when he sees Fall Out Boy's younger devotees queuing in the cold to see the band.

The rocker and his ex-wife Ashlee Simpson welcomed son Bronx in 2008, and Wentz admits fatherhood has opened his eyes to what the group's followers go through to get close to the band.

He tells Britain's Daily Star, "Having my son Bronx four years ago totally changed me. Now when I see kids queuing for hours for our shows I think: 'I hope you aren't cold'. It's so geeky but I just want them to be safe, whereas before I wanted each show to be a mini-riot."

The Dance, Dance rockers embarked on a hiatus in 2009, and Wentz admits he feels a changed man now they have reformed.

He adds, "I didn't feel I had to be accountable for my life or my feelings first time round. It took us going on a hiatus to get myself together because as long as the band was together I could hide. I didn't have to look at myself and how I was coping."

Singer Patrick Stump adds, "I still think of us as kids. We had an eight-hour meeting when we agreed to return and it was weird because it made me realise we're grown men with wives, mortgages and dogs."