Former Fall Out Boy bassist has revealed that he has started his own electro-pop group called Bl4ck C4rds. 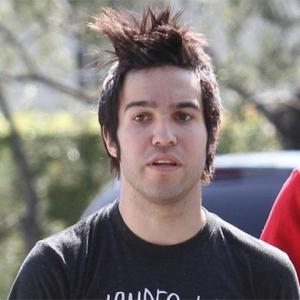 Pete Wentz is rumoured to have started a new band.

The former Fall Out Boy bassist has announced on his blog that he has launched an electro-pop group called Bl4ck C4ards with a link to the band's website.

Pete wrote on his blog: "If you enjoy it, keep coming back. If it's not for you than we understand.

"There will be no treasure hunt. Not viral campaign. Just the opposite - next week things will appear on this site in a very controlled distribution."

The group already have their own website, www.bl4ckc4rds.com, but it is not known who the other members are.

Earlier this year, Pete admitted he had "let go" of Fall Out Boy and would not return to the group after their planned hiatus.

He tweeted: "A hiatus is forever until you get lonely or old. I don't plan on either. Can't imagine playing in FOB again.(sic)"

He later added: "As a band we grew apart. Letting go of this giant part of my life has been hard."