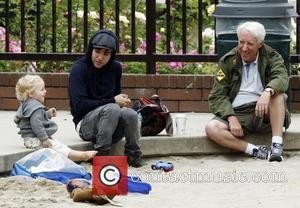 Pete Wentz is stunned by his son's grasp of Spanish because neither he nor his wife Ashlee Simpson-WENTZ speak the language.
The rocker is dad to 20-month-old Bronx Mowgli, who has recently surprised his parents with his bilingual skills.
And Wentz is convinced the toddler must have picked up the foreign language from his nanny.
Wentz tells E! Online, "He's speaking some Spanish! He's started saying, 'Si.' I always ask him stuff, and he'll be like, 'Si'.
"I speak pretty bad Spanish but we have this fantastic nanny and she speaks Spanish to him. I think it's really important to be global."