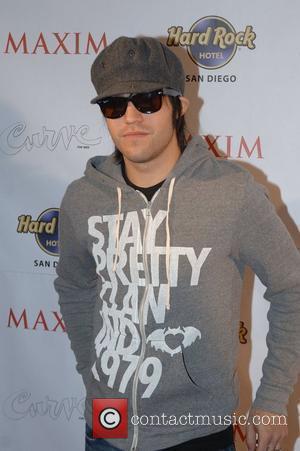 Pete Wentz fell into a deep depression after Fall Out Boy split earlier this year (10) - insisting he "hit rock bottom" when the band parted ways.
The rockers went on hiatus last October (09) and later announced the break had become permanent.
Wentz went on to form a new band, Black Cards, and frontman Patrick Stump announced plans for a solo album, while guitarist Joe Trohman and drummer Andy Hurley teamed up with members of Anthrax and Every Time I Die to form The Damned Things.
The bassist has now opened up about the breakdown of the band, revealing he struggled to cope with the end of the group.
He tells Kerrang! magazine, "It was so strange. I became this guy in a plaid shirt and grew a depressed guy beard. It was hard to go from every waking hour thinking about (the band) to nothing. It was the thing that drove me to get out of bed and do everything... I was bummed out. I moved to New York with my wife for a little bit and went through a whole range of emotions. I was as rock bottom as you can get."
Wentz - who has long suffered from bipolar disorder - admits a fight in a New York nightclub, which left him with a broken nose, made his situation feel much worse.
He adds, "When I would see people, (the injuries) would be the first thing they'd focus on. It felt like when I was walking up to someone, I had to explain myself. That kept me indoors."
And the star credits his good pal, Starship Cobra frontman Gabe Saporta, with helping him through the troubling time: "He pretty much took care of me - that's a real friend right there. After a while I knew I had to get back on my feet."