Wentz: 'I Ruined Fall Out Boy' 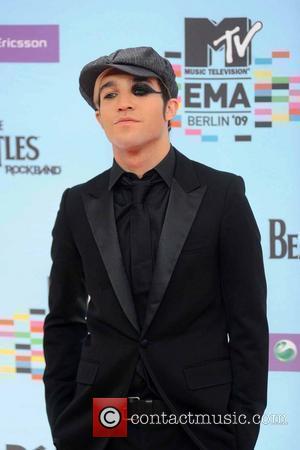 Pete Wentz blames himself for the demise of Fall Out Boy - because his personal life became a "hindrance" for the band.
The rockers have decided to shelve the group indefinitely to allow them all more time to concentrate on their own projects.
Wentz is convinced his high profile relationship with wife Ashlee Simpson-Wentz, which propelled the rocker into the gossip columns, had a negative impact on their music and he wanted to take a step back to stop his celebrity persona from overshadowing the band.
He tells British magazine Kerrang!, "My biggest personal reason for taking a break is that I feel my name has become a hindrance for the band. (Frontman Patrick Stump) is a musical genius and it's unfortunate that he gets reviewed based on whatever's going on in my personal life or how my hair looks. I think the world needs a little less Pete Wentz. A lot of people think Fall Out Boy is me. But it's the four of us. I want to f**king vomit when I read intros that say, 'Pete Wentz: accidental internet poster boy.' It makes me feel ugly."
And the bassist is sick of seeing his face on the cover of magazines, because he is now better known as a tabloid celebrity than as a musician.
He adds, "People who read the tabloids probably think all I do is visit Starbucks and hang out in nightclubs."