Wentz Moves On With New Band 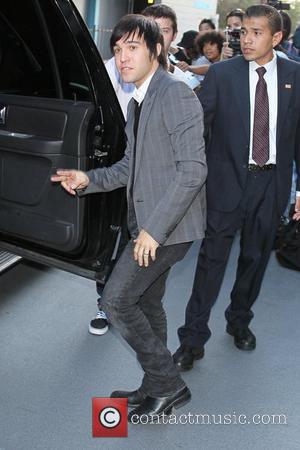 Pete Wentz is moving on from Fall Out Boy by forming a new band called the BLACK CARDS.
The rock band embarked on a hiatus earlier this year (10), with Wentz subsequently admitting the split may become permanent.
Frontman Patrick Stump has already announced plans for a solo album, while guitarist Joe Trohman and drummer Andy Hurley have teamed up with members of Anthrax and Every Time I Die to form The Damned Things.
Now Wentz has revealed his own plans for the future - he's set to resurrect his music career in new band Black Cards.
Wentz teases fans about his new act in a post on his Twitter.com page, insisting details will be unveiled over the new few weeks.
He writes, "There will be no treasure hunt. No viral campaign. Just the opposite - next week things will appear on this site in a very controlled distribution. If you enjoy it, keep coming back. If it's not for you then we understand."