Wentz Was Arrested For Fighting With Police 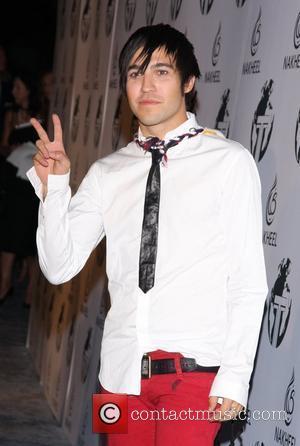 Rocker Pete Wentz knew it was time to sort out his anger management issues when he started vandalising parked cars and fighting with police after a 2005 love split.
The Fall Out Boy star flew into a rage after an encounter with his cheating girlfriend and went on the rampage in the Wicker Park area of Chicago, Illinois.
He tells Playboy magazine, "I got into my car to leave her (girlfriend), and I smashed it into two other cars. It was like bumper cars.
"I wasn't in my right head; this was pure anger and frustration. Then I got out and started punching out car windows. That's when the police pulled up.
"I punched the side mirror off a car, and an officer grabbed me. I made an attempt to punch him as well. It was pretty pathetic. He handcuffed me and put me in the back of a car... The neighbours were outside and the girl was crying. I had to call my manager from jail."