Peter Andre has bought his son Junior a python snake for his upcoming birthday and has also purchased unusual animals for his other kids. 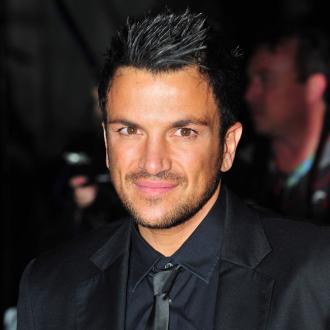 Peter Andre got his son Junior a pet python for his birthday.

The 'Mysterious Girl' hitmaker is busy planning birthday celebrations for his children - Junior, eight, Princess Tiaamii, six, and stepson Harvey, who he raises with ex-wife Katie Price - and it seems his house is going to become home to a number of animals too.

He revealed in new! magazine: ''I've organised a very special treat at the beginning of July for Junior, Princess and Harvey's birthdays. They're going to love it.

''As I mentioned in my column last week, Junior wanted a snake for his birthday, and I've now given him one.

''It's a royal python, which is safe to own as a pet. Our place is going to be like a zoo, because Princess wants a hedgehog for her birthday, and I'm also getting Harvey some tree frogs because they're his favourite animal!''

It seems to be birthday season for Peter as he is currently adding the final touches for his brother Chris' birthday celebrations.

He added: ''I'm putting the final touches to plans for my brother Chris's 50th birthday party, which we're having at my house. The Mariachi band from the Doritos TV advert are performing, and we're having a big hog roast.''

The family man was recently spotted on holiday with Princess and Junior in Cyprus enjoying a day on the beach, while his girlfriend Emily MacDonagh was at home study for forthcoming medical exams.