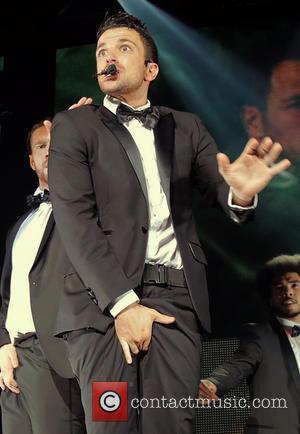 Australian singer Peter Andre marked his 40th birthday on Wednesday (27Feb13) with a night out in London.

The Mysterious Girl hitmaker celebrated the milestone by heading to the U.K. capital's Icon Balcony bar with his girlfriend Emily MACDonagh.

Andre was inundated with well wishes in honour of his big day and took to his Twitter.com page to declare, "Thanks to you all very much you are all truly the best."

The star is also planning a trip to Elvis Presley's former Graceland home in Memphis, Tennessee to mark the special birthday.

He tells Britain's new! magazine, "I've hit on the idea of going to Graceland. Emily and I are both massive fans of The King so we're both really into the idea. We might even spend the whole time dressed up as Elvis, fake sideburns and all."