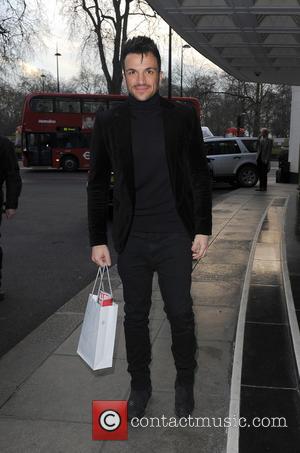 Australian singer Peter Andre picked up an award for his cafe chain during a prizegiving in London on Tuesday (26Mar13).

The Mysterious Girl hitmaker and his brother Danny opened the New York Coffee Club in November (11), and they were honoured at the Young Epilepsy Champion Awards in London for taking on an intern who has the condition.

The cafe landed the Employability and Enterprise Champion 2013 prize, and Andre and his sibling were on hand to collect the honour.

The singer says, "It is heartbreaking that in this day and age epilepsy can still have such a devastating effect. I am so proud of my brother for the difference he is making to young lives with epilepsy.

"There is still a mountain to climb when it comes to raising epilepsy awareness and breaking down the stigma that surrounds it, but with the support of more people like the Young Epilepsy Champions, we will get there."