Peter Andre In Mourning For Brother 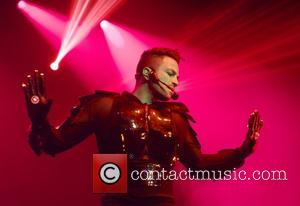 Picture: Peter Andre performs during his 2012 'Up Close and Personal' tour at the Alhambra Theatre Dunfermline, Scotland- 26.11.12

Australian singer Peter Andre has been left devastated after his brother Andrew died following a battle with kidney cancer.

The Mysterious Girl hitmaker's older sibling, 54, passed away surrounded by his family in the early hours of Sunday morning (16Dec12).

A representative for Andre says, "Pete just can't speak at the moment. Everyone was at Andrew's side - his wife, daughter, Pete and their parents - the whole family.

"Andrew woke up, looked around at everyone to say goodbye, and then fell asleep. He passed away in his sleep. It was very peaceful.

"This is the first member of Pete's immediate family to pass away and he is obviously devastated. The whole family is in shock and need time and privacy to grieve."

Andrew flew from Sydney to London to receive treatment earlier this year (12), but his condition deteriorated last month (Nov12).

The singer postponed his U.K. tour earlier this month (Dec12) until 2013 to be by Andrew's side.