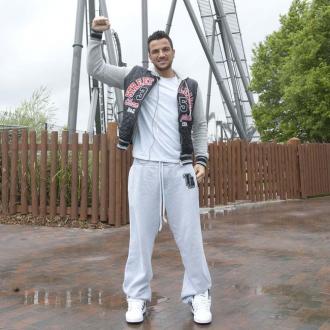 The reality TV star is pleased five-year-old Princess Tiaamii has embraced her new hobby - where practitioners wear shoes which make a noise on the floor when they move - and he's hoping to inspire her further by getting her videos of some of the most legendary dancers in the art.

He said: ''Princess has been getting really into her tap dancing recently and has been tapping all over the house. I'm going to have to dig out some old footage of famous tap dancers Fred Astaire and Ginger Rogers to show her!''

Meanwhile Peter's seven-year-old Junior - who, like Princess, he has with ex-wife Katie Price - has become enthralled with the new fish tank which he's had installed in the house, although his grasp of marine biology isn't quite advanced enough to leave him in charge of populating it.

Peter added in his column for new! magazine: ''Junior's also been in a very excitable mood now that our new tropical fish tank has been installed, but he keeps saying he wants to put turtles in there. I'm like, 'Junior, the turtles would eat all the fish.' ''