Peter Andre wants to get married and have more children, despite already having two children with ex-wife Katie Price. 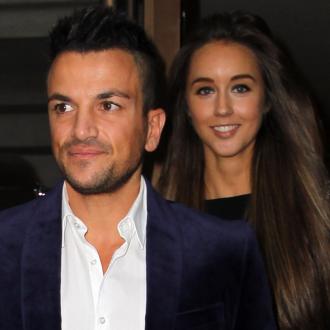 Peter Andre wants to get married and have more children.

The singer and reality TV star has daughter Princess, five and son Junior, seven, with his ex-wife Katie Price, but says he would like to add to his brood.

Pete - who is dating medical student Emily MacDonagh - said: ''A dream of mine would be to get married and have more children and I'll do my best to do it correctly

While Katie, 34, has been married twice since she and Peter split after three years of marriage in 2009 - to cage fighter Alex Reid and now to part time stripper Kieran Hayler - Pete's only long term girlfriend has been Emily, although he's coy about whether marriage is on the cards.

He said in his column for new! magazine: ''I wouldn't say even if we had [talked about marriage], but me and Emily laugh about it and wonder why everyone's in a rush.

''People do it so quickly. This year, my parents have been married 58 years. I've had an unsuccessful marriage, but I'll try my best to do things right [like them]. I still think you've got to take your time.''