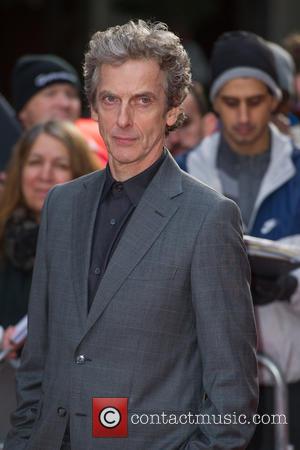 The Scottish actor hurt himself on the set of the hit sci-fi show and he has undergone an operation to repair ligament damage.

In an interview with the London Evening Standard, Peter jokes that his predecessor Matt Smith suffered a similar accident while filming the show.

"The injury comes from running down corridors and swivelling round quickly," he laughs. "When I first met Matt Smith he was on crutches from exactly the same problem."

Matt starred as the Time Lord in three series, which spanned from 2010 until 2013, before Peter took over as the 12th Doctor last year (14).

During the interview, Peter goes on to talk about the problems facing actresses in the TV industry, insisting older women are often missing from the screen as younger females are cast in their place.

"Of course (the TV industry is) sexist," he declares. "Most of my peers have partners their age, so if we have a dinner party with a bunch of actors, the wives or partners are largely the same age. Then you see your friends on screen and they are suddenly with some extraordinary young lady who wouldn't be at the dinner party. It's ridiculous."