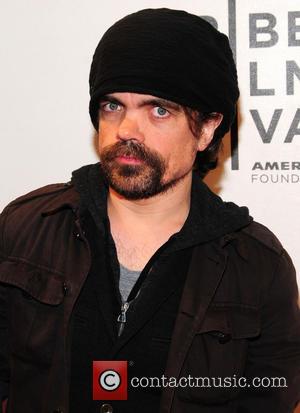 Picture: Peter Dinklage - Screening of 'A Case of You' during the 2013 Tribeca Film Festival at BMCC Tribeca PAC - Arrivals - New York, United...

There was an emotional goodbye on Game Of Thrones last night, with Brienne of Tarth parting ways with Jaime Lannister and causing moist eyes among characters and viewers alike.

The one-time brutal Lannister character – who’d once killed a King he’d sworn to protect – has made quite the advancement as Game of Thrones came on, and the latest episode was one of his most poignant moments yet. It’s unknown whether the goodbye between he and Brienne is going to be forever, but with Brienne off to find her fate out at the hand’s Lord Bolton’s man Locke it doesn’t look like she’s going to come to a happy end, not given she already has a few battle marks from her last skirmish with Bolton.

However, Brienne addressed Jaime with a name that he’d not been called in ages, given that he’d been known as the Kingslayer ever since his infamous incident. This noble gesture caused a break down in Lannister and he swore to Brienne to protect the Starks, even though they are his sworn enemies. Good stuff, and proof of the strong bond the pair have forged.

The two’s goodbye was easily the most notable aspect in a week that saw few of the other characters develop their traits. Written by George RR Martin, however, the episode was much more of a romance edition than the past, with some strong scenes between Ygritte and Jon, with their relationship gradually growing ever closer as time goes on in the Game of Thrones.