Actors Peter Facinelli And Jaimie Alexander Are Engaged To Wed. 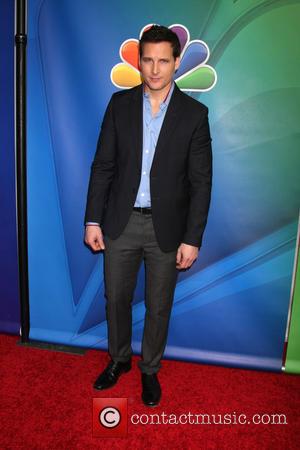 Picture: Peter Facinelli - Photographs of a variety of stars as they attended the 2015 FOX Winter Television Critics Association All-Star Party which was held at...

The Twilight star popped the question to the Thor beauty on Monday (16Mar15) during a visit to New York City's Empire State Building, representatives for both actors tell People magazine.

Alexander even posted a photo of herself and her new fiance sharing a smooch at the top of the Big Apple landmark on Instagram.com the same day, adding the caption, "Top of the world with my love @peterfacinelli @empirestatebldg #Love".

Alexander and Facinelli have been dating since 2012, following the breakdown of the the actor's marriage to Beverly Hills, 90210 star Jennie Garth.

Facinelli and Garth, who have three daughters together, officially ended their 11-year marriage in 2013.