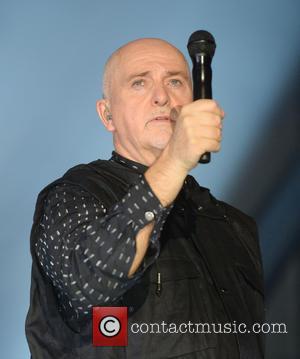 Peter Gabriel's lost home video footage from the 1986 Amnesty International A Conspiracy Of Hope U.S. tour has been unearthed and restored for an upcoming Dvd.

The rocker kept his video camera running on plane and bus trips from venue to venue and backstage, capturing candid moments with tourmates like Lou Reed, Joni Mitchell, Bonnie Raitt and U2, but he thought he'd lost the footage when he was approached by Released! The Human Rights Concerts 1986-1998 producer Martin Lewis, who was putting together a visual celebration of the star-studded Amnesty International Concerts.

Lewis tells Wenn, "Peter Gabriel was obsessive with the camera but when I asked if I could use the footage he told me it (camera) had got nicked (stolen) and he had no idea where the footage was.

"I found some of the tapes in a barn in upstate New York and then set about condensing and restoring his footage from the 10-day 1986 tour into a three-minute film to be included as an extra segment for the package.

"It was amazing. I had read that the musicians on the tour staged an impromptu jam session in a Ramada Inn in Atlanta, Georgia. That was there and there were 11 minutes of U2 jamming with members of Peter Gabriel and Lou Reed's bands."