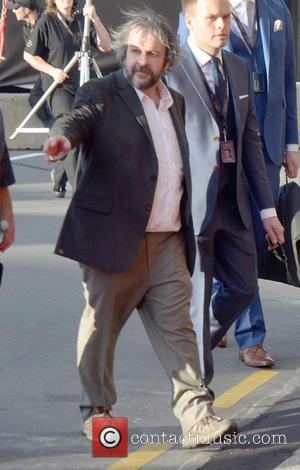 It's finally happened; technology is becoming so advanced, our stupid little human brains and bodies can't handle the high speed, high intensity movements achieved by the new tech implemented by The Hobbit: An Unexpected Journey.

Peter Jackson's new fantasy epic, which has been inexplicably segregated into a trilogy, has been shot and screened at double the frames per second than films usually are, making it the first major Hollywood movie to be shot at such a high speed. 48fps may not sound like much to your hard-core gamers out there, who covet the elusive 60fps, but on a huge cinema screen, it sounds absolutely ridiculous. Too many things happening per second! Waner Bros have been kind enough to respond: "We have been screening the full-length HFR 3D presentation of THE HOBBIT: AN UNEXPECTED JOURNEY extensively, and feedback has been extremely positive, with none of thousands who have seen the film projected in this format expressing any of the issues described by two anonymous sources in media reports," they say in a statement.

"We share the filmmakers' belief that by offering filmgoers the additional choice of HFR 3D, alongside traditional viewing formats, they have an opportunity to be part of a groundbreaking advancement in the moviegoing experience, and we look forward to having audiences everywhere share in this new way of storytelling."