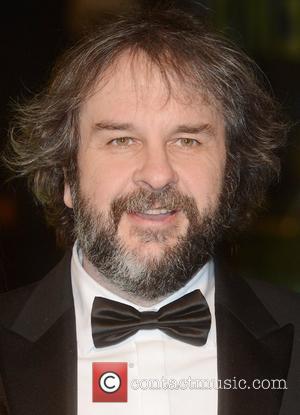 Picture: Peter Jackson at the premiere of "The Hobbit: An unexpected journey" at Odeon, Leicester Square, London, England- 12.12.12

The critics and fans were worried, but it looks like The Hobbit: An Unexpected Journey is going to be a smash success at the box office even if it isn’t finding wholly favorable reviews – mainly because it hasn’t got any competition.

MTV reports that those most likely to challenge the first of Peter Jackson’s three Hobbit films are those already in the charts, with Lincoln expected to give a strong showing after a week that’s seen it nominated for seven Golden Globes and 13 Critics Choice Awards. Skyfall, too, is expected to linger in the top five although it  will probably fall away from Lincoln, with whom it’s been competing with over the past few weeks.

No other major studio has put out a film to compete with Jackson’s however, and so the lions’ share of the spoils is likely to go his way. The final film in the Lord Of The Rings trilogy Return Of The King collected $72 million at the box office, but experts are predicting that The Hobbit’s debut could pick up around $100 million, thanks to some 3000 plus cinemas showing the film in more expensive 3D cinemas. The film is currently only on 67% on reviews site aggregator Rotten Tomatoes, but it doesn’t look like it’s going to matter a jot, with even the discontent over its 48 frames-per-second – as opposed to 24 frames-per-second – likely to substantiate in little more than talk as viewers flock to catch the film. A blockbuster weekend is pretty much assured, the interesting thing to note will be how quickly it falls afterwards.