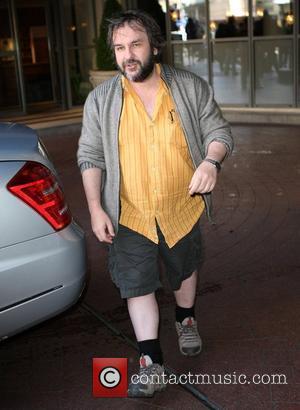 The first trailer for Peter Jackson's latest Lord of the Rings tale 'The Hobbit: An Unexpected Journey, set 60 years before The Fellowship of the Rings, hit the web on Tuesday evening (December 20, 2011), sending Twitter into a frenzy as fans rushed to discuss the 2 minute promo.
First and foremost, the clip introduces a young Bilbo Baggins, played by British star Martin Freeman who was the surprise choice to land the role late last year. The actor appears to play the part with aplomb and scores laughs with a couple of comical quips. The movie follows Bilbo's quest to take back the lost Dwarf Kingdom of Erebor from the villainous dragon Smaug and the trailer also features the return of cast members Sir Ian McKellen as Gandalf and Cate Blanchett as Galadriel. Social networks and the blogosphere buzzed into life following the release of the clip, with the majority of fans content, but perhaps not overwhelmed, with the initial offering. Geoff Boucher of the Los Angeles Times wrote, "While it was all too fleeting there was enough in it to stir the heart of fans", while Cinema Blend's Eric Eisenberg offered, "Every shot in the trailer is breathtaking, from Bilbo Baggins wandering through the Shire to Gandalf in a fight against a mysterious creature. Everything about it is stunning". Reaction on Twitter was similarly positive, with one fan noting, "My little hobbit heart has skipped a beat upon hearing the familiar melody in The Hobbit trailer" and another, "Peter Jackson. You own my soul. Now may I see the Hobbit now?".
The movie is slated for release on December 14, 2012, with Part 2, The Hobbit: There and Back Again, opening one year later.