A screening of two new episodes of 'Car Share' to raise funds for the Lily Foundation will take place next month.

Three months after he announced to thousands of disappointed fans that the entirety of his comeback comedy tour was cancelled due to family reasons, Peter Kay has broken his silence on social media to reveals details of a charity event.

Back in December last year, the Lancashire-born comic suddenly backed off from all public appearances, scheduled performances and social media. He didn’t give any specific reasons as to why, other than to put his family first, and has remained off the grid ever since.

However, on Thursday (March 29th) Kay returned to Twitter to announce details of a charity screening of his hit BBC comedy show ‘Car Share’ next month, in order to raise money for the Lily Foundation. “Exciting news: A charity screening of new ‘Peter Kay’s Car Share’ episodes will be held at Blackpool Opera House on Saturday 7th April. Tickets on sale Saturday at 9am,” he wrote.

The screening will reportedly include the exclusive first airing of two brand new episodes of ‘Car Share’, alongside two old favourites.

In a separate blog post for the Ticketmaster website, the 44 year old wrote: “The Lily Foundation is an inspiring charity that helps to improve the lives of children with Mitochondrial Disease.”

“I’ve had first-hand experience of the Foundation’s work and I’m proud to raise both awareness and much needed funds to help with the inspiring work they provide to children and their families.”

In November last year, Kay had announced more than 100 stand-up comedy shows in a huge British tour, his first in eight years. However, just a month later and with many shows rapidly sold out, he announced that he was cancelling.

“My sincerest apologies, I’m sure you’ll understand that my family must always come first,” he wrote in December. “I’ve always endeavoured to protect my family’s privacy from the media. I hope that the media and the public will continue to respect our privacy at this time.” 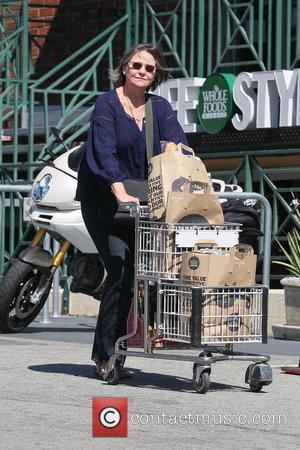