Herman's Hermits Star Peter Noone Is Marking What Would Have Been John Lennon's 75th Birthday With A New Tribute Song. 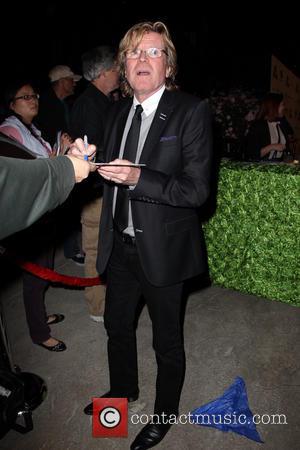 I Can't Imagine (A Tribute to John Lennon) will be released on Friday (09Oct15) - the late Beatles star's actual birthday.

Noone recorded the track in Nashville, Tennessee in 2012, during sessions for the Something Old, Something New: A Tribute To Eddy Arnold project. It was written by producer Don Cusic shortly after Lennon's death in 1980.

The singer says, "I am pretty spiffed (thrilled) at the way it turned out. Lennon used to buy me drinks in London after sessions at EMI's Studios on Abbey Road. He would say, 'They have a two drink minimum and you aren't 18, so you get two cokes Herman, and I'll get two Bacardis (rums)'."

In the emotional song, Noone sings the lyrics "I know there's a reason why you're not here/Maybe it's to show us that dreams live on/And the songs are still sung though the singer is gone."

Meanwhile, Lennon's widow Yoko Ono is currently on her way to Iceland, where she'll mark her late husband's birthday by lighting the Imagine Peace Tower memorial, which was unveiled in 2007.