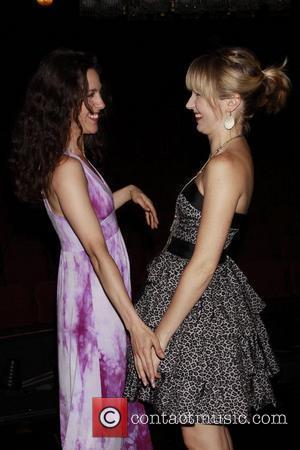 Picture: Sara Jean Ford first performance back as Christine in the Broadway musical production of 'The Phantom of the Opera' at the Majestic Theatre. New...

Andrew Lloyd Weber's The Phantom Of The Opera will be returning to movie theaters next month -- but not the 2004 version that was directed by Joel Schumacher and starred Gerard Butler in the title role. Apparently hoping to capture the magic of the original live show -- something that was apparently lost in the movie adaptation, which received mostly negative reviews -- Lloyd Webber and his producing partner Cameron Mackintosh are restaging the production with an extended cast in London's Royal Albert Hall and broadcasting it to theaters in the U.S., the U.K., Europe, Japan, and Australia. The production will be presented live on Sunday, Oct. 2 and 2 00 p.m. Eastern Time, followed by taped presentations on Oct. 5, 6 and 11. The theaters will be linked by NCM' Fathom's Digital Broadcast Network.